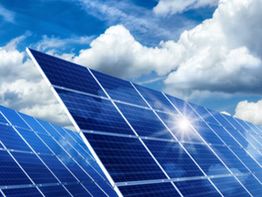 In the solar industry, the smaller CNC bending machines are used for series production of components such as brackets (with multiple bends). Extremely fast, cost-effective and space-saving production is possible with Stierli bending machines thanks to their open design and CNC length stop.