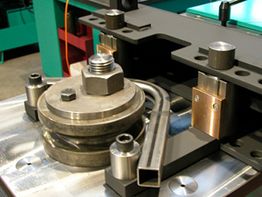 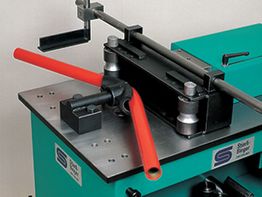 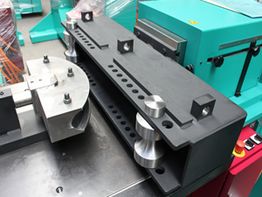 Pipe bending tools can be set up easily.
The tools for round pipes are standard tools. Bending of pipes with square cross-sections requires special tools and these must be adapted accordingly to the pipe cross-sections.

Our pipe bending machines are able to specialize on the following applications for example. If you need a special bending or straightening solution for your pipe project - it will be possible with Stierli Bieger probably. 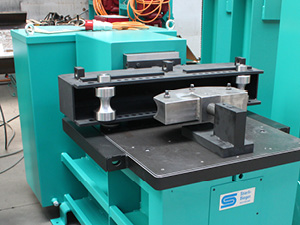 Gas and water pipes can be bent on the Stierli bending machine using standard pipe bending tools. A separate bending segment is used for every pipe size.

Along with pipes that meet DIN EN _______, railing pipes can also be bent without a mandrel. However, these pipes have a larger bending radius.

Bending of rustproof pipes is not possible. Such pipes must always be bent with a mandrel bending machine.

Bending gas pipes with the standard pipe bender is faster than a mandrel bending machine. 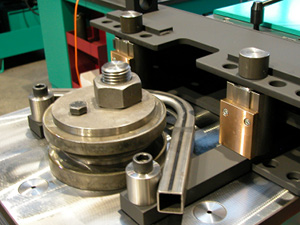 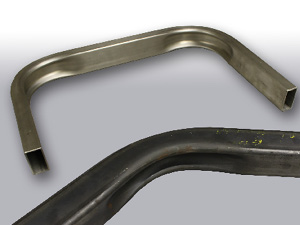 Bending of rectangular or square pipes can be carried out with a special tool. In the process, the tube is compressed slightly inside so that the material can flow.

This pipe bending procedure is very economical and faster than a mandrel bending machine. 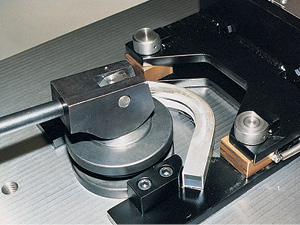 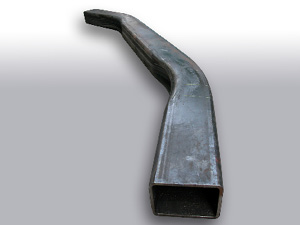 When bending square or rectangular pipes, the inside is compressed slightly so that the material can flow in a controlled way. This is also known as an "American pipe bend".

This procedure is often used when such pipes require cost-effective bending. An expensive mandrel bending machine is therefore not required and the bending process is also faster. 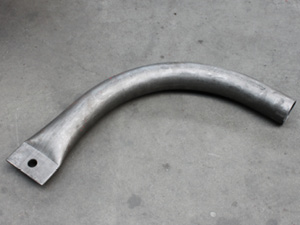 Pipes can be flattened in metal or steel construction. Flattened pipes can be used to make struts, for example. 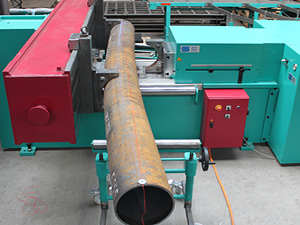 If the bending radius does not have to be too small, a pipe such as this can also be bent step by step with the Stierli bending press. 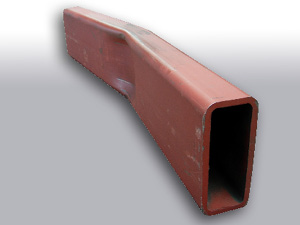 We have created bending solutions for folding pipes in metal and steel construction. Time-consuming sawing and welding work can be saved as a result. 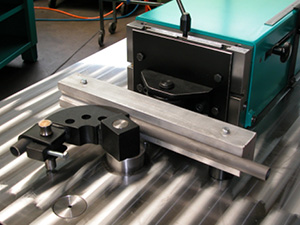 To bend pipes we could recommend you the following machines for example:

120 HE horizontal bending and straightening machine

220 HE horizontal bending and straightening machine

420 HE horizontal bending and straightening machine